India is famous for its rich and diverse cultures, but Cricket is a thread that binds the entire country together. We follow our cricketers like God and want to know every minute detail about them and their personal life.Let’s take a sneak peak into the romantic sides of our cricketers and see where they took their beautiful wives for their  Honeymoon. Here’s a list of the famous Indian Cricketer and their honeymoon destination.

The serene yet fun filled Goa is indeed famous amongst honeymooners. And why not, Goa is truly a paradise for beach lovers. Sachin Tendulkar and his pediatrician wife Dr Anjali Tendulkar too kept it simple by choosing Goa above all other options. A very  loved and respected couple, Sachin and Anjali got married in 1994, after a courtship of about 4 years.

Captain cool Mahendra Singh Dhoni likes to keep his and wife Sakshi away from paparazzi. But thanks to his biopic movie, we all know some of the little secrets of their courtship period, like when, how and where they met. The cute couple got married in 2010 and once again it was Goa that attracted them both for a honeymoon which happened only quite some time after the wedding.

After a glamorous wedding, Virat kohli and his gorgeous wife Anushka Sharma, chose the romantic Rome as their honeymoon destination. The longtime cricketer Anushka, always wanted to visit the beautiful and tranquil mountains and the northern lights.  The two celebrities, known as the hottest cricketing couple, knew how excited their fans were and kept the excitement alive by often posting their pictures on social media, where they were seen enjoying each other’s company and the vibrant ambience of the surroundings! 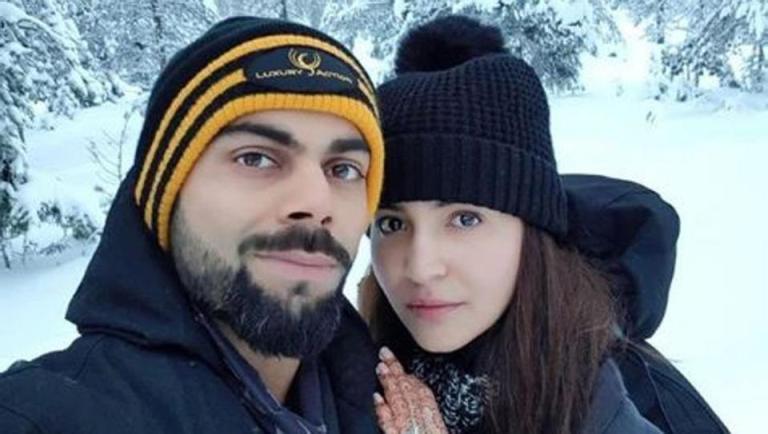 The Maldives, often called a small piece of paradise on earth, has long been considered the best honeymoon destination. It was the choice of master bowler Zaheer Khan too. Just like many of his counterparts, who have paired with a Bollywood actress Zaheer married Sagarika Ghatge (Chek-de fame) on November 23,2017 and both of them took off to the Maldives. The much-in-love couple shared many pictures on their social media account. 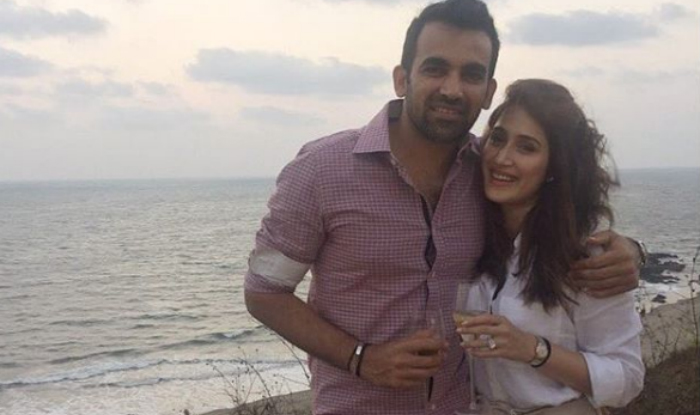 The turquoise blue water and the gorgeous surroundings of the Maldives also allured the newlyweds Dinesh Kartik and Indian squash queen Dipika Pallikal who got married on August 18, 2015. The sporting duo obviously wanted to escape the maddening city crowd and spend some peaceful and intimate time with each other, and the Maldives was the perfect choice.The Australian cricketer Usman Khawaja too turned to a Maldivian Honeymoon with his wife hot wife Rachel, a few weeks after their wedding.

The couple was very much in news when they were dating. Ayeesha, a trained kick boxer and a sports fanatic was brought up in Australia. She is ten years elder to the mustached macho Sikhar and has two daughters from her first marriage. But love never enters with a ‘conditions apply’ declaration. The couple started seeing each other in 2009, and got hitched in 2012 and went to Australia for their honeymoon.

It was probably the calm and composed nature of Scotland that prompted Mr Dependable, Rahul Dravid to plan a honeymoon there with his doctor wife Vijeta Pendharkar. The two knew each other from childhood days and it was a love-cum-arranged marriage for them. Rahul, just like Tendulkar and Dhoni, likes to keep his wife and family a secret from the public eye. Both Rahul and Vijeta are humble and down to earth people, and are often seen with their sons Samit and Anvay.

Italy is a gorgeous country where gondola, wine and everything fine awaits you! No wonder it attracted the handsome Rohit Sharma to plan his honeymoon there with his wife Ritika Sajdeh. Italy promises a bevvy of options to the newlyweds to sit back, chill and enjoy the company of their beloved, uninterrupted.

Our Men in Blue, have once again given us some serious goals, this time Romantic Honeymoon goals. Be it India or abroad, they’ve showed us that the person that you journey with, is far more important than the place that you journey to!!

10 things to do before you die

Places to visit in Jabalpur

Top 10 things to do in Shillong