Who needs a prince charming,when an Army officer loves you? Either way it’s fun to mess with government property especially the one who is in love with you from head to toe! Loving an Army Officer comes with consequences,it’s just not easy but loving that one hero in combat boots is worth every pain,every lonely night and every single second without him. When he returns back to hold you onto his arms you take no moment for granted, you hold onto every touch, caress, kiss, every word. You memorize the feel of his skin, his smell, the sound of his voice, and play it over & over. It’s never enough to love him,hold him and yet it’s always tough to let him go.

How does it feel to love an Army Guy? If you ask me,it’s tough and sometimes gets onto your nerves. It’s not easy to deal with the constant absence of your Army boyfriend or husband,always on duty mode,no Saturdays,no Sundays and even no calendar holidays,the annoying military courses,the field exercises,the field postings,sometimes even the constant sprain in his waist or knee would annoy you way too much,I mean what’s the need of being sporty all the time? Isn’t it better if you just be with me? But the Army girlfriend knows secretly that this is what she loves about his Army Boyfriend and Army Wife ? She knows the drill way too much, so she just sighs,smiles and let him go… from the simple badminton tournament to his passionate and dangerous postings in the valley.

‘Men in uniforms’ are bound by duties and can not be hold onto forever but no matter where, they will love you from all their hearts! 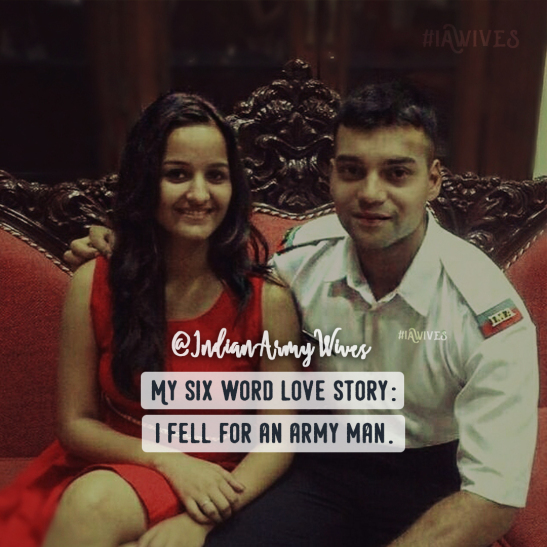 And what is the meaning of being an Army Wife? She misses her hero but does not stop her life and carry on with every single task which was meant to be completed along with her better half but

She knows that her man is just not any man but a warrior in combat boots who is meant to do things other’s can’t. He serves her mother nation and protects the borders,saves life,lives in snowy mountains and sleeps in tents and also responsible for lives of thousands of men under his command.

Now you can not ask him to drop the kids school or fix the leaky roof which he does every time he’s with you but can you complain? No! Unlike the popular perception you are the mighty one and Man in Olive Green bows before your strength. You manage the man who manages the security of this nation. How cool is that? Proud! 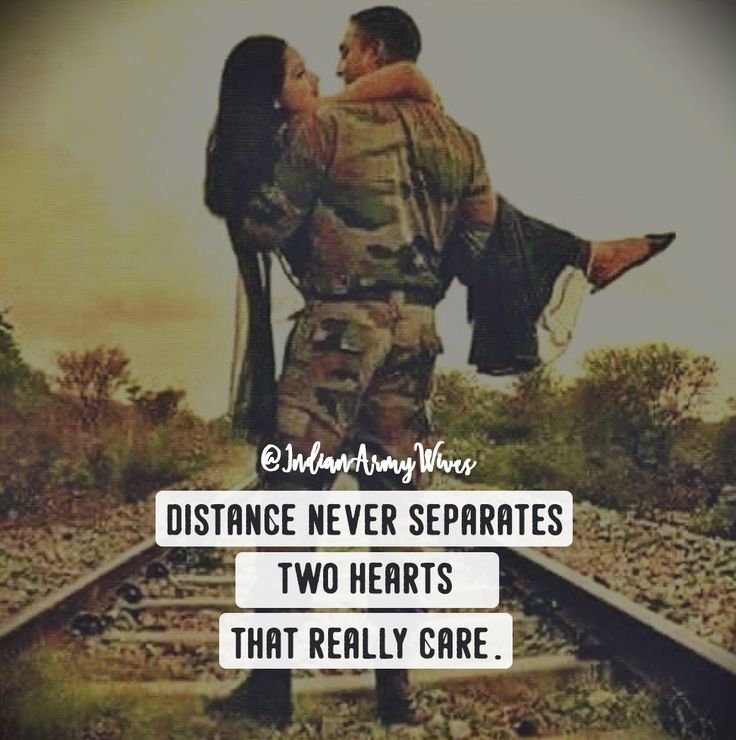 Indian Army is just not about pride,dignity and valour but it’s also about ordinary men and women who lead extraordinary lives away from media glares, away from public eyes. There lies glorious Army love stories among those sweet little Army cantonments with flavours of their own.

And how can we forget the Army Brats? We presume them to be spoiled but that’s not true. The kids grow with a sense of duty and idolize their Army Dads. The are born patriotic and seriously don’t need to prove it on social media. They know the real meaning and have seen the best of it.

Army brats are the most adjustable one and love their moms. They know what it takes to be an Army Wife and a doting Army Mom. They are truly Mama’s boys and girls, also because of the fact that they know, that their houses run by the Mom’s rule and Dad has no say.

It’s the most glorious feeling to be loved by a warrior in combat boots who adorns olive green and surrenders before you rather meekly only to stand tall and proud before the enemies of your country.

Yes, Army life is also about fun,parties,socializing and lots of glamour but that is just the one side of it,the moment you flip the other side of the coin you become part of it. Other people just see the gloss!

IF YOU ARE A DEFENSE LOVER THEN YOU MUST READ 2019 BIGGEST MILITARY ROMANCE FICTION RELEASE ‘LOVE STORY OF A COMMANDO’ AN EXTRAORDINARY ROMANCE OF AN INDIAN NSG COMMANDO CAPTAIN VIRAT AND A MODERN WOMAN RIYA. TAKE A PEEK INTO THE LIFE OF A COMMANDO THROUGH THE EYES OF A GIRL MADLY IN LOVE WITH HIM.

LOVE STORY OF A COMMANDO 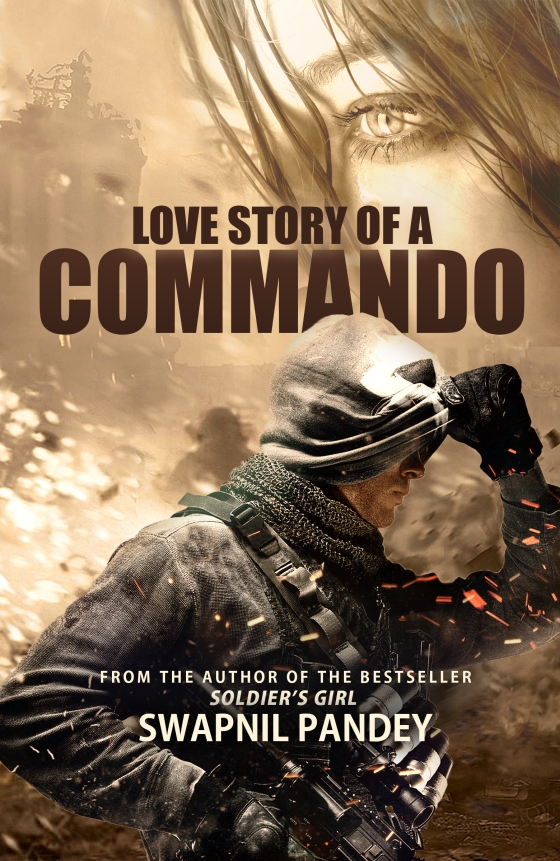 And yes, as you are reading this, I presume you love Indian Army and if so then you must click onto this link to read  SOLDIER’S GIRL: LOVE STORY OF A PARA COMMANDO which will make you laugh,cry and live the Army Romance and if you don’t trust me check out the 5 star Amazon reviews. Trust me it’s a crime if you don’t read it and claim to be an Army lover. Here are some  links to fuel your Army love some more. Read and share!

Life of an army wife

Army Girlfriend and the story of her life

What do really happen in IMA Ball Dance Parties

Army life pressures and how to deal it

Interview of an Indian army wife and an army brat