While Safoora Zargar is slowly turning to be the ‘poster prodigy’ of liberals, who stood against oppression and tyranny, her pregnancy is also being used to highlight the (alleged) suppression, subjugation and despotism of Indian government and not just government but also Indian system, police, courts and everyone else who is not a ‘Liberal.’ I came across hundreds of article from leading newspapers with headlines

and more. Print, Wire, Times of India, Telegraph, Hindustan times or name a newspaper that has not published about ‘The Pregnant Safoora Zargar’ and how Indian laws are cruel and draconian to keep a pregnant woman in a cell because ‘pregnancy is pious’ (yes you heard it right, Print particularly emphasised on the piousness and divinity of pregnancy). Not just that they also hijacked the plight of an animal and related it viciously to Safoora Zargar which is truly sad. (Why do that? Prove your point without playing victim for Godsake.)

So, I feel I must tell you the tale of lesser known pregnancy of an empowered woman at a rural place far away, from the world of intellectuals where pregnancy is not used for gains of agendas or vicious victories of ideologies rather pregnancy is embraced with all its heart while performing duties not as a victim but as a boss amidst grave threats. The story we can tell our daughters with pride and ask them to be the one,one day.

There is a woman from rural and risky Dantewada, Chattisgarh who has just delivered a beautiful baby girl after performing all her duties as a ‘Danteshwari Commando’ which also included carrying around 20-25 kgs of load with a 12kg Rifle during the long and rigorous patrolling in Naxal infested villages and deadly jungles of Dantewada, where threats lie at every corner. She carried out patrolling till eight months of her pregnancy.

Meet Sunaina Patel, a commando in the elite anti-Naxal unit of women fighter at Chattisgarh called as ‘ Danteshwari Fighters’.

While the Danteshwari Dasta which comprises all-female commandos taking equal participation in anti-Naxal operations along with their male counterparts is itself a revolutionary concept, the story of Sunaina Patel is even more inspiring and empowering. Though,I truly wonder why don’t more states follow the suite.

Sunaina joined the police force Chhattisgarh in 2016, it took her one and a half years to complete her rigorous training. That time, her elder son Laksh was just 1.5 years old. It was extremely difficult for her leaving him behind but duty always came first for Sunaina and rest of the doubts would always be wiped out by her husband Khem Lal Patel, who always encouraged her to focus on her job and be honest about it. Her training was challenging and demanding. Not only drills and parades she also learnt to operate all short of weapons AK-47, INSAS, SLR. LMG etc. She also learnt aspects of Jungle warfare and Counter terrorism which is typical of any Commando training. Initially, she was posted in Police line Dantewada, then kotwali and it was exactly the time when Dr Abhishek Pallav, SP Dantewada formed an all women fighter group ‘Danteshwari fighters’ as a part of DRG group (District Reserve Guard which is anti naxal group of Chhatisgarh)It is the only police unit in India with a team of women DRGs that perform regular patrolling in the Naxal-hit areas against Maoist cadres. Supritendednt of Police Dantwewada Abhishek pallav shared with me

“Initially there was a lot of pressure from Maoist when we formed this all-women fighters group in March 2019. It was a huge blow to their ego. There was a risk of them losing the grip if women picks up arms to fight them. They sent death and rape threats to the women fighters, distributed posters of grave consequences to the female Commandos. But Danteshwaris refused to be scared and contiued their duties. This squad also helped us solving a great problem. Initially we had concerns of rehabilitating the women Naxals. In tribal areas gender equality is not a myth and women naxals comprise around 50% of naxals. while we could include male surrendered Naxals back to forces female Naxals were given odd jobs. It was proving a great hindrance to the surrender of female Naxals. But once this force of female fighters was formed not just female Naxals but also victims of Naxal cruelty voluntarily came forward. Though the group is led by direct female police entries. And why just Naxals, initially our own men had hindrances about female forces moving with them in deep jungles during bigger operations but Danteshwari fighter performed excellently well, did not bow down before Naxal threats and challenged the whole setup. It is a kind of revolution in here and Sunaina is more like our poster girl, strong with never say die spirit.”

In 2019, Sunaina got pregnant with her baby girl after six long years of wait. Sunaina and her husband desperately wanted a second child after their son but she could not conceive for six long years and it was only in September 2019 that she finally conceived but never for a second she backed off and abandoned her squad because of her pregnancy. When I asked her what actually motivated her to continue her patrols at such risky places despite her pregnancy she said

“I had not informed senior officials but my friends would ask me to take leaves and rest, but I could not. I had patrolled the area before and I was confident. We have been a source of courage for village women recently and I wanted to be part of the ongoing Naxal operations. Many from my squad look up to me, I did not want to abandon them. I was determined to prove myself and contribute to my nation, no matter what.”

It was only during her eight-months of pregnancy when she developed a little complication that she went to her senior officers and informed them about her pregnancy. They were astonished and transferred her to desk job before sending her off on six-month maternity leave. On 2nd May 2020 she’s been blessed with a beautiful baby girl and she shared

“We really wanted to have two kids. But she came to our lives after six years of us wanting another child. Though my husband worried about my health when I went to patrolling, he never stopped me from doing what I like to do. I would be out for 2-3 days straight but all he would say was to take care when I left for duty. He always kept complete faith in my decisions and respected my wishes. I am fortunate to have him as my partner. Now I really want my doll to complete six months so that I could join back my squad again. I am kind of missing the action there.”

There were smiles and glints of pride in her eyes. While we talk about women empowerment behind closed glass doors or play victims under the veils of feminism and rights chances are the true women empowerment to be found amidst deep dreaded jungles of rural parts of India where the mantra is

Empowered women can be anyone,anything,anytime. They don’t play victims rather face the bullies in their house and tell them whose the boss!!

Salutes To Commando Sunaina and loads of good wishes for a fulfilling life.

The girl code: that separates between a bitch and a real woman! 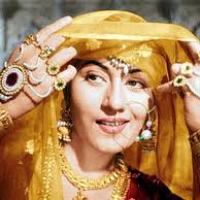 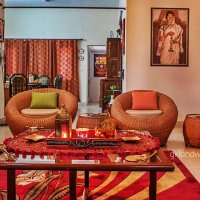 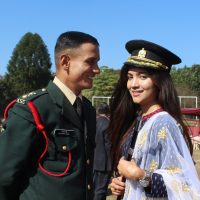