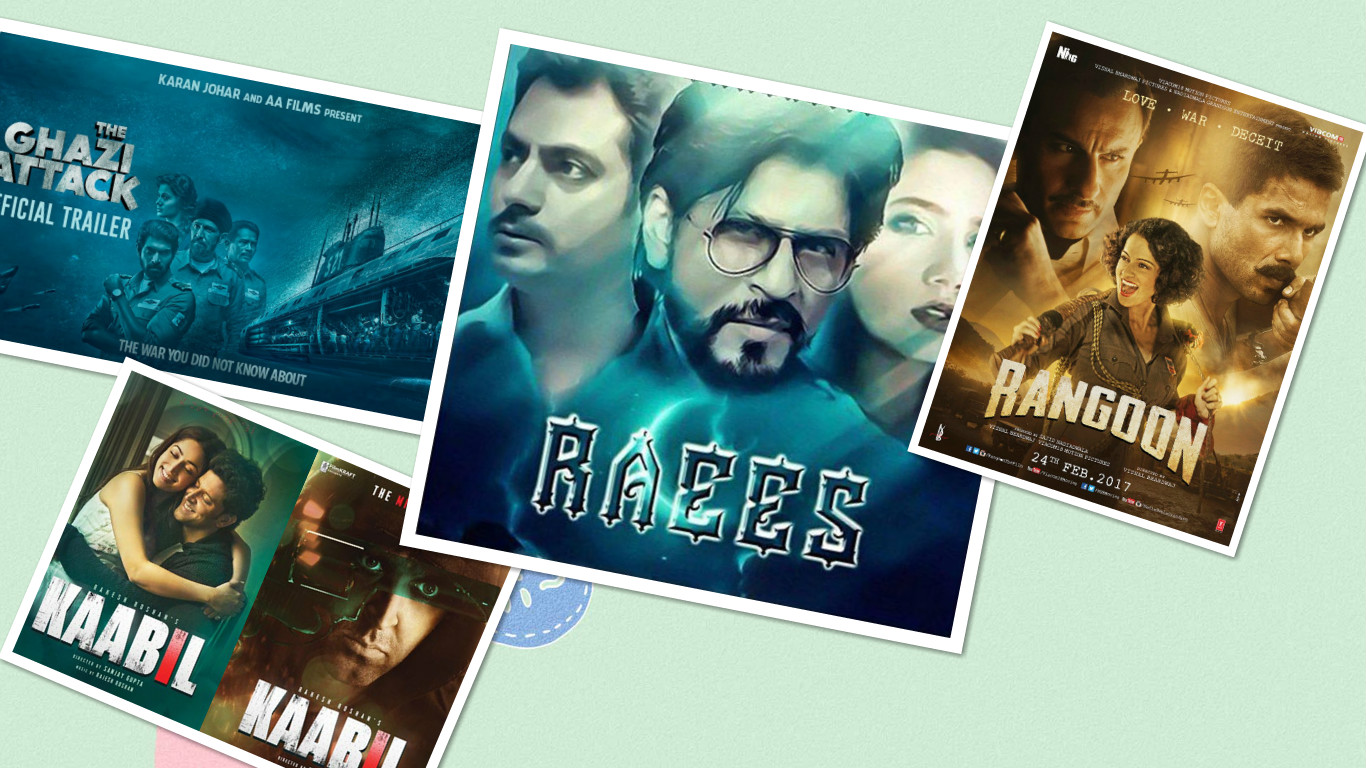 We had some great  Bollywood movies in 2016 . Movies like Dangal or Pink opened a whole new horizon for Bollywood industry that critically acclaimed movies can set Box Office records too. It’s a good sign and we can expect some good movies in 2017 too. Here take a look to one of the major Bollywood movie releases in 2017. The ratings basically denotes the watchometer of the particular film.

A big leap for Shweta Tripathi from Television to movies where she plays a girl who is 17 something and love interest of his 40 something teacher played by the acting powerhouse Nawazuddin Siddiqui.

As it comes from the makers of Gangs of Wasseypur and the Lunch box so we can have high hopes from it. Setin rural India it portrays a very unusual take on Love!

It might bore people seeking for typical bollywood masala movie lovers and few might it unconventional love story. Don’t go to watch it if you are looking for some light hearted bollywood entertainment.

It’s the official remake of Tamil Superhit Ok Kanmani. The film story revolves around two career ambitious people who don’t believe in marriage where Shraddha Kapoor wants to go to Paris and Aditya ROy Kapoor to US but a chance meeting sparks off the love affair. The climax is based on same old bollywood twist where the lead actors have to decide between their career and love life and guessing is too easy here.

The easy breezy chemistry of Shraddha kapoor and Aditya Roy Kapoor. An amazing remake of Humma Humma Song! Shaad Ali remake of a Tamil super hit! Some of the biggest name in the industry like Fox Star, Karan Johar associated with the film! 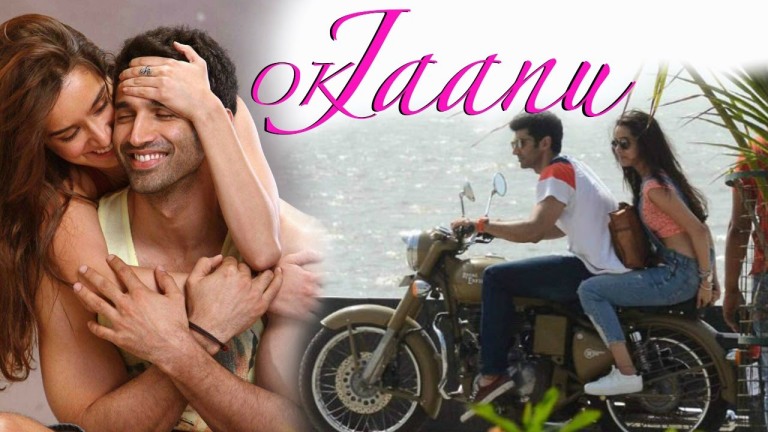 It’s releasing on 20th Jan where popular Tv actor sunil grover can be seen mimicking TV Journalist Arnab Goswami and the plot revolves around underworld where Sunil Grover plays the lead role in this comedy movie.

Well, The mimicking of our very own Gutthi or Doctor Saab on Kapil Sharma show has been much loved. So the Sunil Grover fans can got to theaters to see him on big screen playing the much loved and hated TV journalist Arnab Goswami. The story plot of Coffee with D is interesting and movie seems promising.

Coffee with D was denied promotion on the sets of Kapil Sharma Show and it’s rumoured to get threat calls from underworld and Chota Shakeel. Though these controversies make it watchable but still it’s just a small budget film which can downloaded any day and watched at the comforts of home theaters.

The much awaited Shahrukh Raees is finally at our door steps and story of Raees revolves around the era of 1980s to 1990s where they show story of Raees who builds an entire empire from scratch,his relationship,his journey and how it all ends.Shahrukh Khan layered character traits encapsulate an inimitable blend of personas, making him revered, loved and feared.

Well It’s a much awaited Shahrukh movie where he’s not playing a character he should be playing now. It’s all entertainment,entertainment and Paisa wasool. Do I need say more?

Why not to Watch

Well, if you are not into masala movies much and done with those bollywood male auraship and simply hates Shahrukh then this one’s surely not for you. And going by the new rule of patriotism Pakistani actress Mahira Khan is also one good reason not to watch it.

I so wish this Hritik Roshan long awaited release would not have been released on the  along with  Raees as both movies promise good entertainment but then if they are both good they’ll both do good.Hrithik and Yami Gautam both plays blind couple in love and lead ordinary life until one day a terrible tragedy stuck and then the story turns into the journey of vengeance of a blind man.

Kaabil has interesting story,fresh pairing,lovely songs and recently Hrithik has been in news all for wrong reasons. Mohenjodaro flopped his divorce he legal issue with Kangna Ranaut! Pnew! So we have some high hopes from this one movie.

The love scene with Yami Gautam looks cliche. The hopeless endless romance of blind Hrithik in Kaabil somehow reminds of Koi mil gaya learning disability romance sequel though the trailers drastically turns to look interesting once the Roy brothers comes into the scene with their Kohl eyes playing the hard core villains.

it’s one very unique and interesting plot which is about two people who set up a company who helps people in love run away and get married.Amit Shad plays the hero Ram Bharose and newcomer Arsh Bajwa’s character is called Cyberjeet. Together they start a website runningshaadi.com that helps young couples in Amritsar elope and get married.Taapsee Pannu plays a Punjabi girl named Nimmi.

Taapsee Pannu has gained lot of popularity recently with her successful movie Pink. You will meet a confident her and she recntly credited RunningShaadi.com for her movie Pink. The film is produced by Shoojit Sircar which have some classic out of the box hit movies of recent times in his credits. It all promises at least no waste of money.

Well, Runningshaadi.com might be a hit but never a superhit. So I’d rather suggest to wait for its web release and download it silently to watch comfortably.

The story of Jolly LLB 2 is about Jagdishwar Mishra aka Jolly played by Akshay Kumar plays a struggling, abrasive advocate who migrates to Lucknow from Kanpur to pursue his dreams. He tries every tactics he has for his everyday survival but dreams of becoming a big advocate until one day he gets that opportunity but commits some mistakes unknowingly with irrevocable results and that is the turning point of the movie where Jolly sets the fair path of justice against super powerful Advocate Mathur.

Akshay Kumar is back with his chaotic comic roles after a longbreak and some of his recent good hits last year like Airlift and Rustom. Jolly LLB 2 song Bawara Mann is already creating waves. It is surely going to be one the memorable movies of the year. The pairing is very fresh where two acting powerhouses Huma Qureshi is paired opposite Akshay Kumar. It provides a very fresh take on the old story.

Why not to Watch

Well the plot is a cliche. The same old bad turned good story. And we have seen the similar plot in Arshad Warsi Jolly LLB and it also reminds of Govinda starrer Kyoki Mai Jhoot nahi bolta.

The Ghazi Attack is a tale of an underwater battle from 1971, a naval battle that no one knew about. It all started prior to the infamous 1971 Indo-Pak war.An epic underwater tale of the immense courage and undying patriotism of the men aboard the Indian submarine S-21.

The Ghazi Attack is shot both in telgu and Hindi. It ll be dubbed in Tamil too. Karan Johar would distribute the hindi movie. Taapsee Pannu plays a Bangladeshi Refugee and Rana Daggubati plays the lead role. Both are very promising upcoming bollywood star to be. Also It’s India’s first war at sea movie.

The trailer of the Ghazi Attack promises a great show and surely gonna put some light onto the real incident of  Pakistan’s PNS Ghazi, an attack submarine leased from the United States, sank under mysterious circumstances off the port of Visakhapatnam in India on Dec 4, 1971. So if you are not interested in war movies and action movies and likes cheesy flicks then this one is surely not for you. Though it is going to be one of the must watch movies of 2017.

The story of Rangoon says that it’s a period Film set in the backdrop of World War Rangoon is a love triangle between Kangna Ranaut, Saif Ali Khan and Shahid Kapoor.In the film, Kangana Ranaut plays the role of a seductress Julia and Saif Ali Khan is the filmmaker in love with her. Shahid Kapoor is the soldier named Nawab Malik who falls in love with Julia during a train journey.

Kangana Ranaut looks fierce in the first song bloody hell which is out now in trailers. The hashtag #bolldyhell has also made some impression.The actress, who was last seen in ‘Katti Batti’, looks ravishing in her all new avatar of a 40’s heroine Julia in Vishal Bhardwaj’s ‘Rangoon‘. It’s been long since we have seen any period film and also it will be interesting to watch real life boyfriend and husband of Kareena Kapoor Khan work together.

People hoping a biopic would be disappointed to know that it’s basically a love triangle.It was suppose to be released last year only but it’s getting delayed only.Vishal Bhardwaj said: “It certainly doesn’t follow the life of any of the various actresses of that era be it that of Fearless Nadia, Miss Zebunissa, Miss Padma or Ramola. Rangoon is a period drama that has a love triangle in its centre, its not at all a biopic.” So people looking for these things should not definitely go 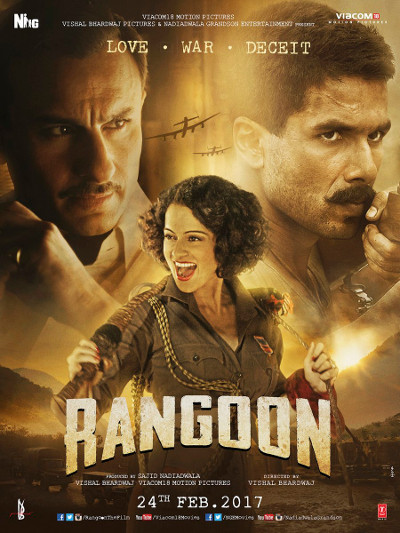 These are few big  releases in the month of January and February 2017. There are other small releases too which I am not mentioning here.  Stay tuned for more bollywood updates.

Six Bollywood Celebrities who would never work together but would have created blockbusters!

10 movies to watch with your kids this Christmas

10 movies that every fashionista should see! 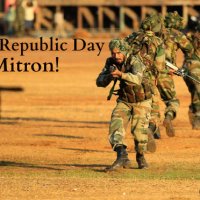 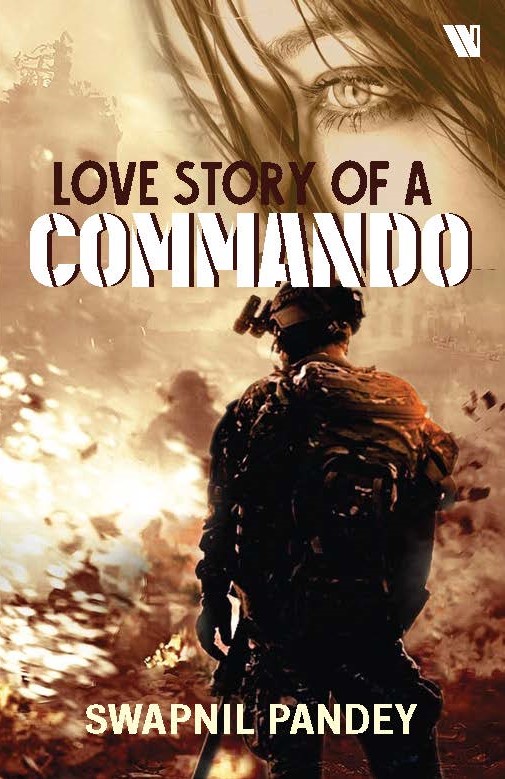